A race report from EWS International 2017

The 2017 EWS International took place at the end of the usual European winter season and was fully booked with 130 entries – once again making this the premier on-road race in the UK.  As well as drivers from all across the UK, from club and hobby drivers through to national champions, we also had attendance from Yokomo Factory drivers Ronald Volker and Christopher Krapp, and Awesomatix team of Max Machler and Marvin Schneider, plus some other overseas visitors too.

The Scorpion Modified class witnessed some amazing racing throughout the weekend.  It was clear there was going to be a five-way fight, between the Yokomo factory drivers, Xray’s Olly Jefferies, Infinity’s Kyle Branson and Schumacher’s Elliott Harper.  It started off with Volker and Branson setting identical times in controlled practice to share the number one seeding position!  In qualifying, Jefferies took the first round, but the entire top five were covered by just a couple of tenths of a second in total!  Things continued this way, showing just how close the field was and how competitive everyone was to end this season with a win.  Krapp took the fastest time in Q2, and then Harper closed off the Saturday racing going fastest in Q3.  This put it down to the final round on Sunday, and whilst Krapp and Harper both led at points, it was Jefferies who took it on the final lap, and secured pole position.

In the finals, Jefferies did a remarkable job to defend his position from Krapp, Harper, Volker and Branson, as the five ran nose-to-tail every time for the entire five minutes!  But, it was so close on pace, that no one was able to make a meaningful pass, and so the top five finished up after 15 minutes of intense A Final action in their qualifying order. 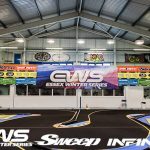 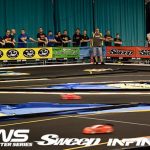 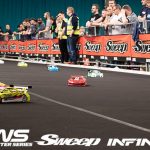 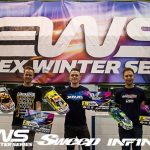 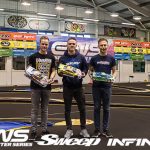 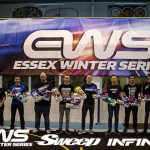