This past weekend was EOS Round 5 held in Wels, Austria at an annual Model show. It was also the first time that I was able to test my Scorpion power against the competition. I had not had much time since signing for Scorpion so testing it on carpet was a first!

Before the race started we headed to a smaller track in Salzburg for some installation laps and to ensure that I had the settings somewhere close to where they needed to be. There are only 4 rounds of practice, so it makes life much easier if your setup is pretty good before the start of the race. I worked on getting the power and feeling to my liking during the small tests and ensuring that the equipment lasted the duration of the run and ensuring that no power or brake fading  occurred.

Racing 1/10th buggies on carpet can really test the limits of any electrics as the cars are generally heavier and have more drag than a touring car. First feelings were good and I adjusted the boost, turbo and punch levels so that I had enough power out of each corner, without the car being too difficult to drive and hang on to. The next step was to check the car over a 7 minute run. If it can do 7 minutes it allows a fast warm up lap and close down laps knowing that the car will be the same for the duration of the race. Once this was achieved we finished up for the day and started our 1.5 hour drive over to the EOS track.

We arrived at the track in Wels to be greeted with welcoming faces and a homely feeling. The tracks are always fun and you know it will provide tight, exciting racing.

2wd practise and 4 rounds of qualifying filled up day two. My car was feeling OK and seeded 2nd after practice behind Joona who is getting faster each race we attend. That being said the pack was very close and the track itself quite open.

After qualifying I would line up 3rd on the grid. I had a chance to TQ going into the last round and early on was on track to do so. Unfortunately I made a couple of small mistakes which lost me that chance. Finals would be close but after a few mistakes of my own I had to settle for 5th. I am really pleased with my package and this showed in the result.

Onto 4wd and again I would practice and qualify well to line up 3rd on the grid. First and second had a little more pace than myself but it was extremely close! Touring car close as you can see by the image attached. If first or second were to make any mistakes in the final I was in a good place to snatch some points. This happened in leg 1, the two cars in front crashed but alas in the mayhem I also got collected and would end up last myself with no way back. Leg 2 and 3 would be a procession as I would end up 3rd in both. With the crazy leg 1 result mixing up the standings, I would only come home 4th. A little disappointed with this result but also happy that everything worked well and i made big steps towards challenging for wins again next year!

I am already excited to start the next EOS season and special thanks to Scorpion for stepping up and providing me with some awesome power!

Next is the first BRCA 1/10th off road national this coming weekend, so more reports to follow soon!!! 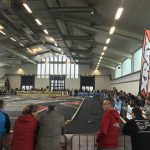 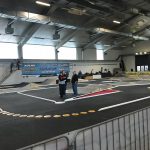 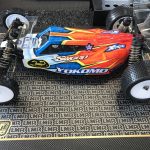 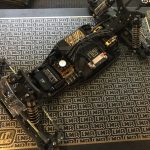 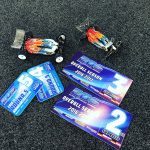