The track was a large 1/10th or small 1/8th track in Pinerollo close to Turin. The track had a medium loose hard packed surface dirt with lots of hairpin/180 corners with a range of jumps, some being very large.
Shin had come over from Japan to assist at the warm up and work on getting the best information we could for the euros in July. We had a full day’s open practice followed by some controlled runs and qualifying / finals. The Euro warm up’s generally do not attract huge numbers, so this made for a very quick turnaround between races and a very busy day!

We started to run 2wd and dial in the car as well as my electrics! This would be the first time using the Scorpion equipment on dirt and I would have to adjust the power and brakes to get an optimum feeling.
After a day of tweaking, we were happy. The Yokomo YZ-2 DTM was feeling good and we were using a 6.5T motor with very calm ESC settings, Drag brake set at 12% and a high frequency brake that allowed me to slow the car down without becoming overly aggressive and sliding out.

In 4wd we were using the BMAX4 shaft car with 5.5T motor. The turbo had to be quite high on this car to clear the huge jump at the back of the track. By adding turbo and not boost it allowed the car to still accelerate smoothly but have a great top speed to clear the jump section.

I was able to take TQ in 2wd after some fast clean runs, but in 4wd I kept making small mistakes while pushing hard and would line up 3rd. Finals would go well in 2wd and I would sweep all 3 legs and in 4wd I was able to move up to 2nd, but not quite have the runs good enough for the win.
All in all a good test for the euros and we moved in the right direction. Now we have to keep practising and progressing as much as we can before the event!

RHR is an Astro track in the North near Nottingham. The track is quite demanding with a lot of sand appearing making the track loose in places but high grip and bumpy in others. It was also the hottest weekend of the year, so keeping an eye on your electrics temps was crucial! Luckily the superior Van Guard systems allows us to check the Log and keep an eye on our temps and make sure they won’t overheat by adding fans or more cooling holes.

After my recent trip to Hong Kong and the valuable days testing that I had with the Scorpion team the electrics were already set up and I know they would be working just great! I did though have to go from a 5.5 in 2wd back to a 6.5 as the straight was not long and I definitely had too much power!

After doing this I would keep the settings the same and power to 2nd overall in the 2wd class.

In 4wd I was already using a 5.5 in the BMAX4. The first time I have run the shaft car on astro for a number of years, but with demand of shaft drive cars increasing we felt it was time to get it back out!
The settings I started with were the same as the Euros but the car was running a little slow down the straight. After I tweaked the turbo and boost up a little, it was good to go! The temperature was a little high for my liking after the first round and I added more cooling holes to reduce the risk, which helped.

I would continue where I left off with the BMAX4 by taking overall TQ and the win! Scorpions second win of the year and a healthy points score. 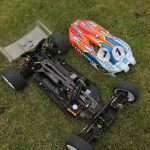 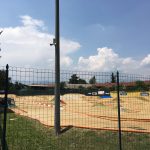 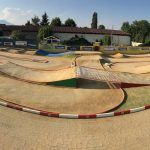 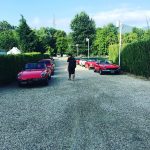 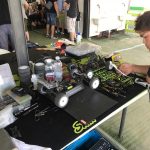 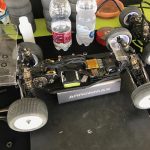 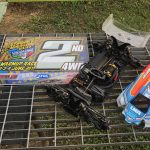 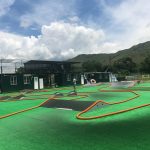 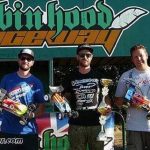 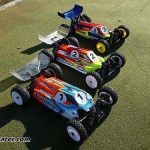