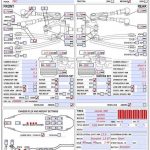 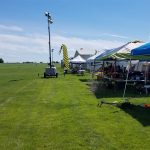 In Washington Kennewick, there was an event name Othello Funfly this year. Hope you guys enjoy it. Thanks Bill Pierce for the photos share. Posted in Competitions | Comments Off on Hiroki Ito, the winner of FAI/F3C Japan Championship 2019

One of the most popular R/C airplane sizes for electric use is for Aerobatic Airplanes in the 73-78” range. These airplanes typically use a 30-40cc gas engine and are loved by people because they are a perfect size. The aircraft size is large enough to have a fantastic presence in the air, yet is not so big that it becomes inconvenient to transport to and from your airfield. There are models in this size from companies such as Extreme Flight, 3DHS, Skywing, Pilot RC, AJ Aircraft and many more. As electric airplanes became more and more popular Scorpion made sure that they had a motor which worked in this size category. They developed and produced the SII-5525-210 kv motor which was designed to work on 10s battery system as that was a popular battery size at the time. This power system worked VERY well and is still a good, and available option today. However as time goes on new trends emerge. As time has gone on smaller 12s power systems have become more and more popular because people use low mah 6s packs in smaller aircraft, and then can double them in series to make 12s packs as well.

So with this new trend, Scorpion has updated their product list to now allow a 12s power system option for this 30-40cc aircraft range! So let us introduce the With a 20x10E or 21x8E propeller this is a VERY strong power system! As seen here in a promo video by Team Pilot Kyle Dahl. So next time you are searching for a power system for your 30-40cc size airplane, make sure you consider Scorpion Power System! 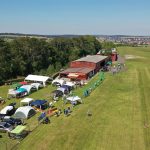 This year at the end of August was the 6th annual Helicopter fun fly in Wolfhagen, Germany. It was sunny and the flightline was packed this year! Check out what Carsten Schier had to say about this years event! “The … Continue reading →

More Galleries | Comments Off on Helitreffen Wolfhagen 2019 – A Wonderful Event!!

A thank you from Avion Cargo Polytechnique Montréal!

While Scorpion Power Systems primarily focuses on the R/C Hobby Market, they are actually quite known in the Industrial world as well! Scorpion Motors and ESC’s are used on a wide range of industrial drones, airplanes, and helicopters due to … Continue reading →

More Galleries | Comments Off on A thank you from Avion Cargo Polytechnique Montréal!

If you have been following 3D R/C Helicopters for the last 11 years then for sure you have heard of Mitch Marozas. Mitch Marozas got his start in Competitive R/C Helicopters in August of 2008 at the “Irchas Got Talent” event. This event was sponsored by Empire Hobbies who at the time was one of Scorpions Distributors, and the Gaui Distributorship in the USA. This amateur competition’s 1st place prize was, a Team Rep Position on Team Empire/Scorpion. Mitch at the time was flying Nitro Miniature Aircraft Helicopters, but he won the event and this set him on the path he has been on for the last 11 years. After this event Mitch went on flying and competing for Team Scorpion and Team Gaui impressing pilots and spectators alike at many events and competitions. He has competed at competitions such as XFC, Ircha’s “ONE” Competition, and Global 3D. However after 10 Years Mitch has decided to pursue new avenues and change Helicopter Sponsors. However he will continue to fly for Team Scorpion!

On his Social Media Mitch said

“I would like to take a second and announce I will no longer be flying for Gaui/Empire Hobby. I would like to thank Jack Burnside and Dave Sobel for taking a chance on me. The year was 2008, I was a nervous 10 year old boy eager to start my first helicopter contest. Little did I know, this would open so many doors for me. After the contest, Jack offered me a sponsorship and changed my life. Over the last 10+ years I have traveled to places across the world I never would have thought, met thousands of people, and most importantly had fun doing it. Once again thank you Jack, thank you Dave, it has been a dream come true! I will still be traveling to events and flying, just not with a Gaui model. I can’t wait to see what’s in store next.” “Im proud to announce that I have officially joined Team Miniature Aircraft USA. I would like to thank Judith and Josef for giving me the opportunity to fly their products. I must say the quality of this machine is second to none. I would also like to thank Cade Ciripompa for putting me in contact with Miniature.
For those who dont know, I grew up watching Bobby Watts fly his Miniature Aircraft Stratus in the early 2000s. I must have watched his Ircha noon demo video hundreds of times. Soon after that I got my first 700 model, a MA Stratus (which I still have today). That was the model I learned most of my 3D flying on. I felt it was only fitting to come full circle and go back to where it all started. Im excited to work with MA and finally help in some of the design of future products. I will be flying their Whiplash 730E.”

Mitch’s official set up is as follows We look forward to seeing more from Mitch with his New Sponsor! We have already stated to see some pretty impressive video from him and his new Heli! Here is one example from the “Fall Heli Mow Down” in VA. 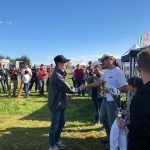 Earlier this year in Alessandria, Italy there was the 6th Annual Heli only FunFly! This is one of the countries only Helicopter specific fun flies, certainly the largest, and it gathers heli pilots from around Italy and neighboring countries. The … Continue reading → 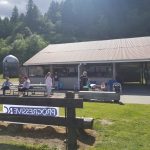 This summer in Olympia, Washington there was the 14th Annual “Hot Start Heli FunFly” This event was put on by Robert Blyden. It was a great event for family, friends, guest, spectators and all RC Helicopter enthusiasts to enjoy the … Continue reading → 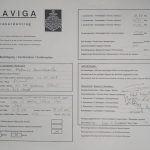 Scorpion Power System makes Power Systems for all forms of the hobby including competitive boat racing! Recently there was the 2019 FSRE World championships in Treviso, Italy. We had Scorpion representatives Jacek Dzwonkowski and his son Mateusz Dzwonkowski in attendance! Check … Continue reading →