The German Championship of F3-Speed 2018 took place in Ballenstedt last weekend. It was just a wonderful event full of Speed and a lot of fun.
Fortunatly the weather didn’t influence the flight period negatively. So all pilots had a lot of flights and could show their strength.
I suppose the Team Scorpion was well represented by Tim Moldtmann and me again.
On Friday, the first official competition day, I could pilot my most furious flight in the limited class of the whole weekend. I reached an average speed of 429 km/h with the Typhoon XS. This brought me onto the first place.
Unfortunatly I wasn’t able to clarify which problems my Crocoblade for the F42 class had, so I just could achieve place 7.
But Tim Moldtmann was really successful in the F42 class. With ambitious 499 km/h he reached the title of German Champion in this subclass. 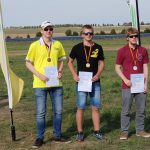 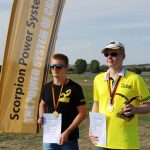 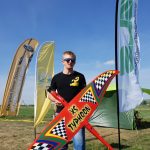 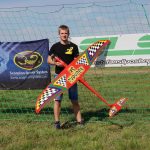 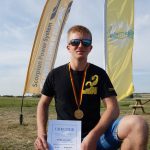 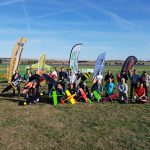 This entry was posted in Speed competition. Bookmark the permalink.